This document covers every keyvalue of the npc_units_custom file

Most unit names start with "npc_" but this isn't necessary. A basic unit definition looks like this:

The definition of the default dota units can be found in npc_units.txt

There are a lot of classes for units, the complete list can be found in here, but as we don't have much control over their properties, only a few are really useful for custom units in general:

For the rest of this guide, we'll be assuming a `"BaseClass" "npc_dota_creature"`

This level can be accessed and modified with Lua though various creature functions.

Self explanatory, get the models through the asset browser and set its size (it will use "1" by omission).

Creatures using models that are broken down for cosmetic equipment will be 'naked' unless we attach them wearables. More on this later.

This can be any name, its only useful purpose is to use with Lua GetUnitLabel() which can work as an easy method of tagging units.

Self explanatory, the default values are 0 for summoned (so the lua IsSummoned will always return false unless you set this), and 1 for dominated creaturesl 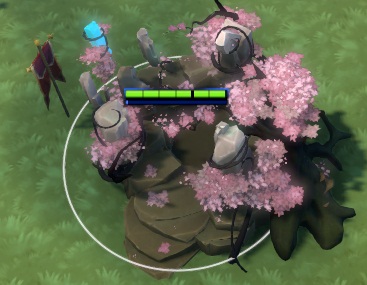 Helm of the Dominator specific. No associated Lua function, but it's easy to make one to read from this value if you wish. 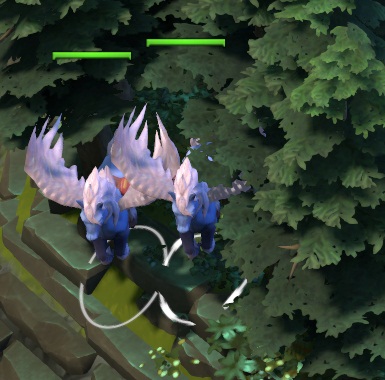 Unit won't aggro units on the Neutral team within their acquisition range. 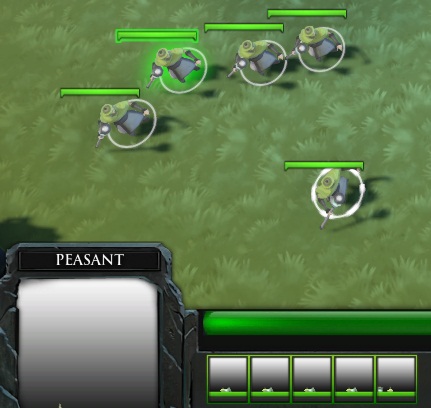 The unit can hold up to 16 abilities at any time being.

"AbilityLayout" is used for the built-in Flash UI to change how many abilities it can display, and currently its limited to 4, 5 and 6 (anything else will malfunction)

Because of :valve: - reasons , unit stats aren't hover-able, but they are there.

If you have any "Melee to Ranged" mechanic, the unit definition should have a projectile speed, else it will default to 0, effectively making them never reach its target.

This is seen in every unit file, but worthless/unsupported. In the future, we could see it being used to easily define Air/Ground attacks, Magic Attacks, etc, which currently require scripted abilities to simulate those behaviors.

Attributes are ignored for anything that isn't a hero unit, but because anything used to define units can also be used for npc_heroes_custom, these are the keyvalues, all self explanatory:

If you want to make any complex rule for XP/Gold, for example, give less XP from this unit to heroes at a certain level, it's better to leave the values at 0 and grant it through lua.

This defines the unit collision with other units.

The visible selection ring when the unit is selected

The height from the ground at which the Health Bar should be placed. By default this value is set to "-1" to use the models default height. The bigger the Model and ModelScale, this should be adjusted to a higher number so it doesn't look weird. 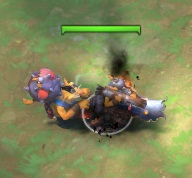 Distance to keep when following. Healing Ward/Sigil have it set at 250.

-1 means default to full mana, which is the default. It can be changed to any integer value so the units don't spawn with a filled pool.

This doesn't seem to make any difference, might be deprecated or just used for tagging stuff internally.

This will load a lua script file as soon as the unit is spawned. With a Spawn ( entityKeyValues ) function one can initiate a thinker to do any sort of logic, this is a very simple example for a unit that goes through a series of waypoints while casting spells anytime its possible: ai_tank_miniboss.lua.

When you add a creep to the map and set it to the neutral team, the default is to turn it to a neutral. If you wan't to use a custom behavior, turn it off:

The creature block allows for a variety of features to be applied from KV like basic AI, stat bonuses based on creature level, and wearables. All these settings can and should be put inside one creature block, but they will be separated by category in this guide

See this guide for more info.

I highly recommend using Lua for AI instead, but will leave some information here anyway.